He was born in Hotovlja, in the Divjak mill. He also worked as a sculptor and a carver. Most of his works can be seen in churches throughout the regions of Gorenjsko and Dolenjsko.

He was born in Poljane. He studied in Ljubljana under Janez Wolf, as well as in Venice and Rome. His most known work is “Čudež sv. Martina v Šmartnem” (The Miracle of St. Martin in Šmartno). He is most famous for depicting his family and country folk in general.

He was born in Poljane. He studied under Janez Wolf in Ljubljana. He continued with his studies in Vienna. He worked in Bosnia, Athens and Paris. His works were already announcing the impressionistic era. The painting “Pred lovom” (Before the Hunt) originates from this era. He covered the ceiling in the church of St. Jacob, Ljubljana, and also the ceiling of the National Museum in Ljubljana with his frescoes.

He was born in the Divjak mill in Hotovlja. He studied in Zagreb and Ljubljana. He also worked as a graphic designer, illustrator, etc.
He is the most important painter of the partisan motive. His works also reflect his love of nature and country life.

He was born in Dolenčice. He studied painting in Vienna. He was very realistic in his paintings and drawings. “Zamorka” (The Moor Woman) is considered to be his best painting. He established a private painting school in Munich. Some of the most renowned painters and Slovene impressionists studied there.

He was born in Poljane. He studied law in Ljubljana and Vienna and became a lawyer. He was the editor of the magazine “Ljubljanski zvon” and became a mayor of Ljubljana. He is a unique writer and his two most famous works are “Cvetje v jeseni” (Flowers in the Fall) and “Visoška kronika” (The Chronicles of Visoko). 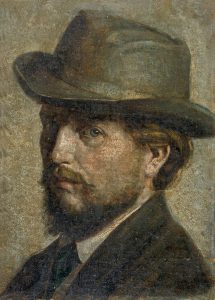 He was born in Dobje near Poljane. He studied painting in Vienna, co-founded the first Slovene fishing association and was the first to breed fish artificially.

He was born in Predmost near Poljane. He was the dean of the Faculty of Theology and the chancellor of the University of Ljubljana. He mostly wrote about philosophy and sociology. His dictionary of philosophical and sociological expressions is particularly relevant for the Slovene language. 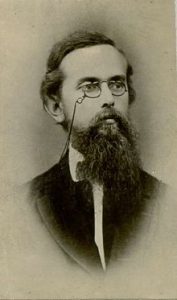 He was born in Četena Ravan. He researched the heritage of Slavic nations. By following Grimm’s example of exploring mythology, he tried to find Slavic mythology in oral legacy. He became known throughout Europe for his achievements.

OTHER IMPORTANT HISTORICAL FIGURES FROM POLJANE

JANEZ JESENKO – a historian, a geographer

PAVEL PERKO – a priest and a writer

MAKS MIKLAVČIČ – a priest, an archivist